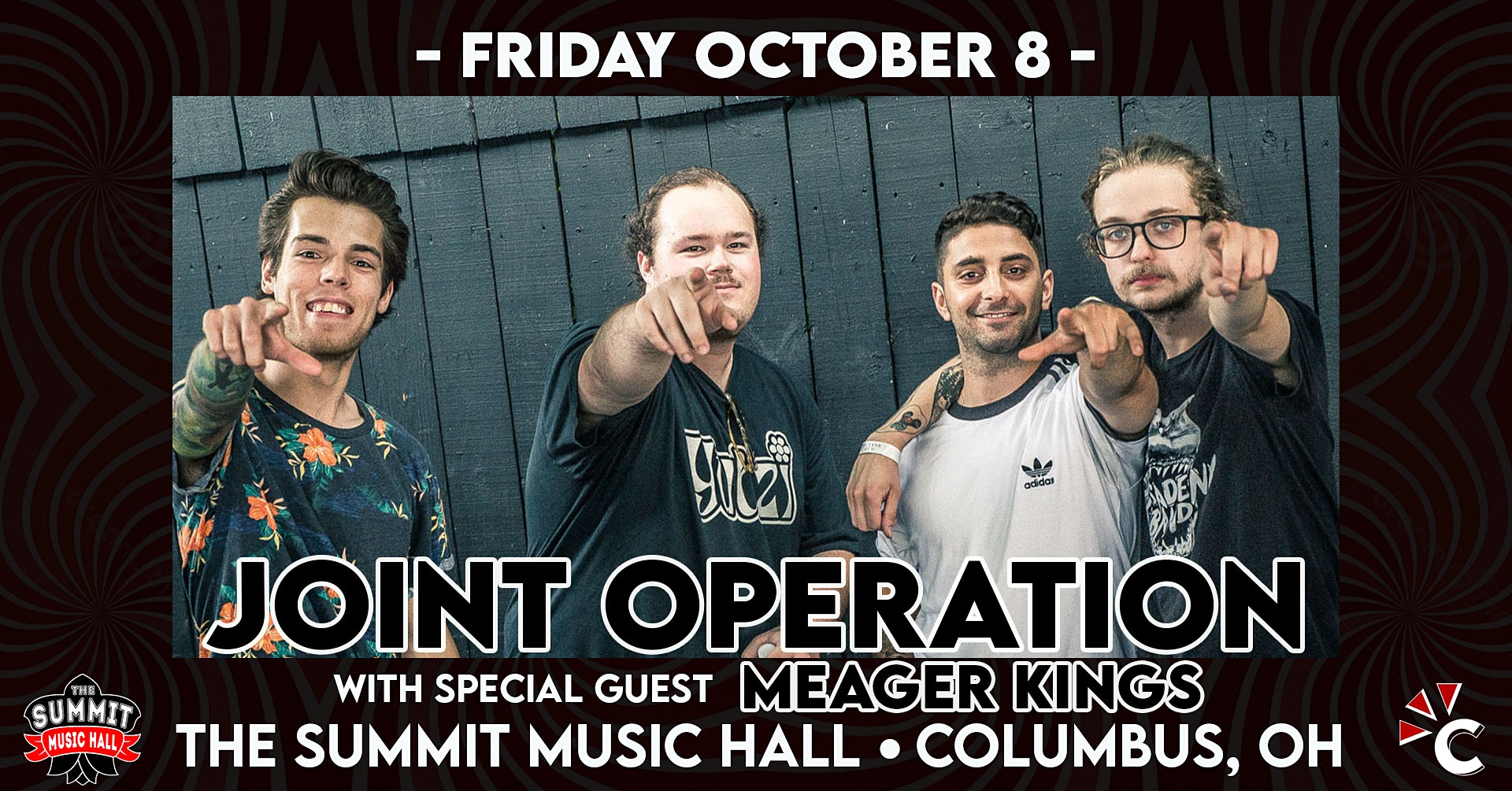 Joint Operation is a powerful rocknroll group from Baltimore, MD. This explosive four-piece has made quite a presence up and down the East Coast and through out the Midwest. JO has been billed with some of the biggest names in the genre, and played some of the biggest stages in the Midatlantic.

Looking into the core of their music, you can hear influences of bands they all grew up loving. A little like the musicianship of the Beatles mixed with the funkiness of RHCP, followed by a smooth crisp Rock feeling, and you got JO.

JO is a power duo of singer/songwriters Josh Lewis (vocals/guitar) and Fabrizio Scotto (vocals/drums). The two met as teenagers in Baltimore playing in small local bands. Once they met and combined forces, the midatlantic/midwest funk-rock scene has NEVER been the same. Accompanied by Mike Busch’s savory guitar licks, and you will be up and feelin’ the music in no time. The rhythm section made up of Jesse Johnson’s funky bass hits that are always right in the pocket with Fabrizio’s hard-hitting fills and snaps. Joint Operation values the idea of connecting with others through their music, while giving the audience a live performance they will never, ever forget. The band hopes to create music and play live shows to help others forget the struggles of life, while screaming out their problems at the top of their lungs. JO brings feeling.

Their debut album, “Scuffed” was released on July 27th, 2019. Gaining over 26,000 streams in the first week. Now reaching over 148,000+ streams less than a year later. Accompanying this release was a SOLD OUT album release show at the 8×10 in Baltimore, MD. This record focuses on talking about life, happiness, and struggles, while bringing in the party with the lively music of their mixed genres.

During the COVID-19 pandemic, the band took to the studio and wrote like never before. On December 4th, 2020, the single “Overlooked” dropped from their upcoming record. Gathering 46,000 streams within two months. February 19th, 2021, the group dropped their sophomore release “The Thrill of Stress”, gathering 94,000+ streams on Spotify alone in less than a month.

Joint Operation is about expressing yourself, making what you love, and not giving a damn about the naysayers. JO is always trying to be greater. With huge performances, and countless tours under their belt, they are ready to travel farther out and share their music with others. They hope to push themselves harder and celebrate music and art with others all over the globe!